I don’t fancy myself a comedian, but I know that sometimes I can elicit a laugh, a chuckle, a torrent of laughter. On Friday I met up with a dear old friend for lunch, an early birthday celebration of sorts. It was nice to just chat and watch Dessi crack up at my quips that fall flat most days on my toddler’s ears.

We’re both moms now, she further ahead than I, but both of us are very much still stumbling through it. We texted about a week ahead to set up the date after so many other failed plans. I had to ask my friend Teri to babysit Rory. (My mother in-law, who has been gracious enough to spend time with my kid for a couple of hours a week has been unable to for a while now due to a broken leg.) It’s possible that getting a babysitter for a mere hour long lunch date is lost on many people—I can hear you asking, “Why not just take your kid with you?” Because, I wanted to actually enjoy and eat my lunch, not spend the whole time cutting up Rory’s food only so he can lob it at me or the floor when he decides five minutes after the meal arrives that he’s done eating.

Thanksgiving is upon us, followed closely by Christmas and then the New Year. It’s the season where we’re thinking deeply about gratitude and self-reflection, but it’s also be a time where material things take center stage, and the comparison game gets all too easy to play at holiday gatherings. There’s a push and a pull to every thought and emotion I have—I want to create memories with my family, but they may not be Pinterest or Instagram worthy; I want to give thoughtful gifts, but I have severe budget and time constraints; I want to be a great hostess and do everything from scratch, but I want to have the time to enjoy myself at my own party; I want to answer questions about what I do all day with pride, but I struggle with feeling like I’m enough.

Take Back Time for Yourself 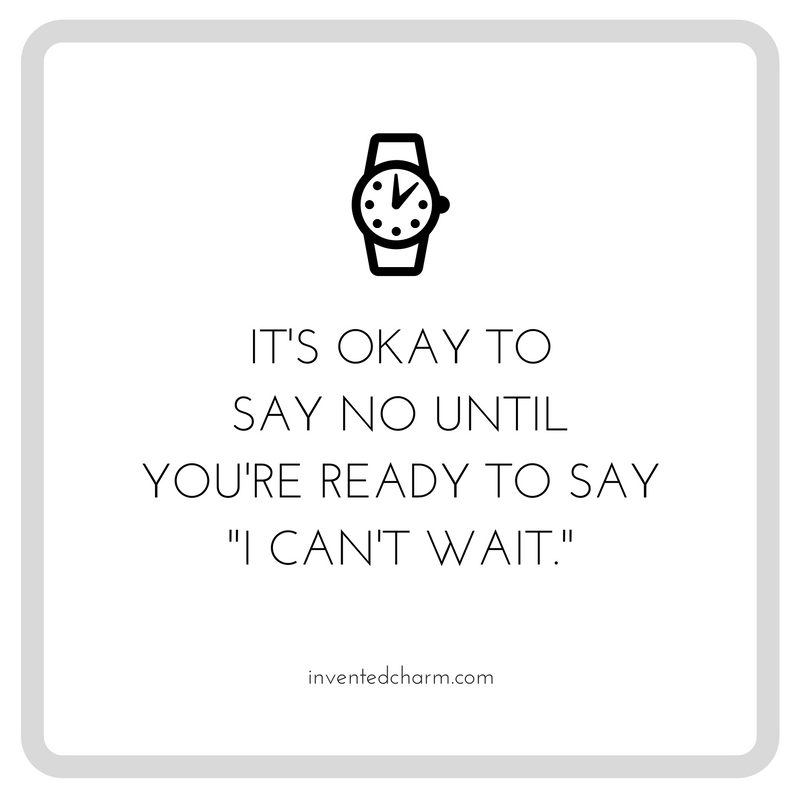 Last week I shared that I’ve been really struggling with our impending move, and it felt really good to unload. Unfortunately, my body decided to completely shut down in response to the stress. I got a nasty cold/sinus thing, and it pretty much knocked me on my ass since last Thursday. I haven’t left the house other than for essential appointments, errands, and coffee runs. I felt like a zombie.

Sometimes You Have to Pay Yourself in Lattes 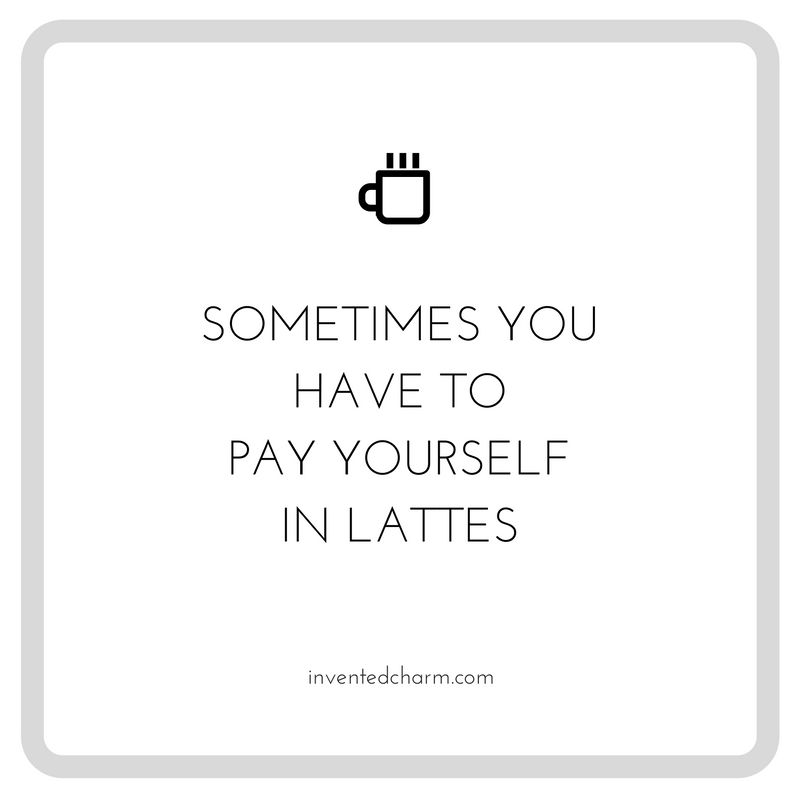 It’s been a challenging couple of weeks in my casa. I think I’ve mentioned it before, but a move has been in the works for a while now.

We’ve had some setbacks, and it’s been a real bummer. I think people mistake an unprompted move as a statement against the community or city in which you live. But my town is undeniably beautiful, with a lot of remarkable perks. If money were no object, we’d probably stay, but we live in the real world where things like the cost of housing, food, child care, and education are outpacing our earnings. We have a lot more family and friends in Northern California, the cost of living is more affordable, and my partner has the opportunity to work remotely. It makes perfect sense that we would sell our one bedroom condo and move, but that doesn’t mean that the process is easy or without considerable pain.