I shared previously that I’ve been listening to the podcast Happier with Gretchen Rubin. Usually I’m obsess over a blog or a book to get my inspiration or motivation fix, but I love the portability of a self-help podcast. It feels extra efficient! I also really like the sisterly banter between Gretchen and her sister, Hollywood writer/producer Elizabeth Craft. I think it can be very discouraging when you’re trying to work on yourself and the people you’re reading/listening to are preaching and make it seem like they have it all figured out, but Gretchen and Elizabeth don’t do that. In fact, they give themselves demerits and gold stars at the end of each episode, and I find that very relatable. 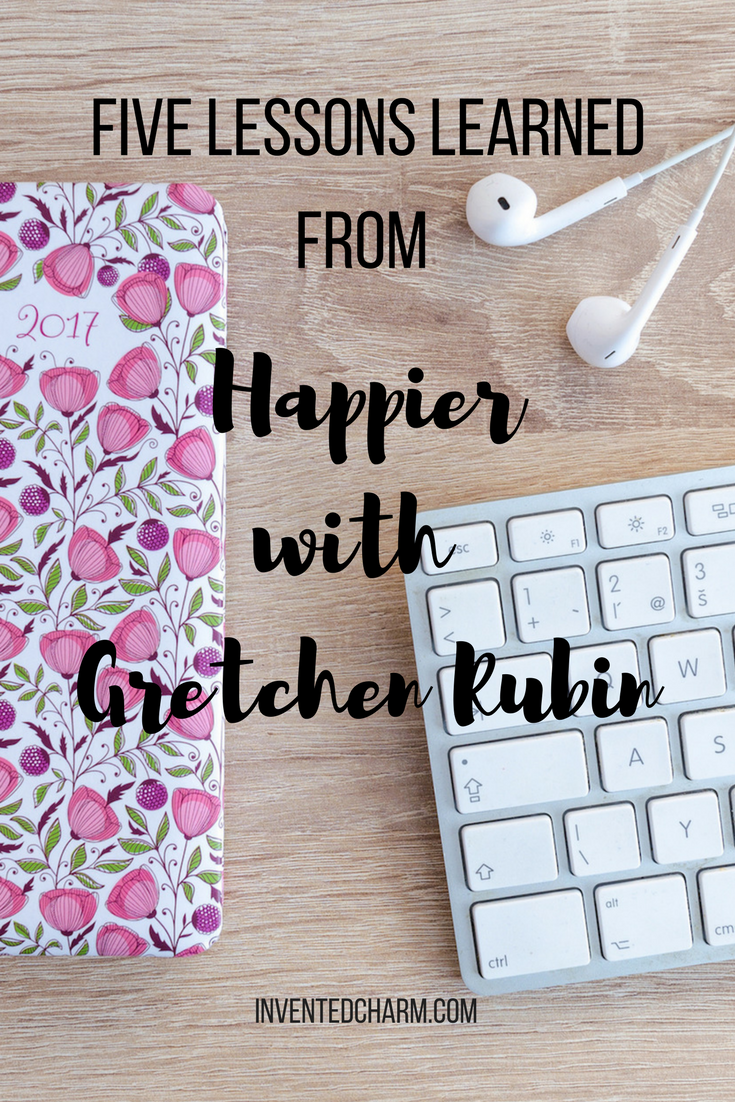 Here are my five favorite lessons I’ve learned from Happier with Gretchen Rubin:

For the last five months we’ve been living with my parents and my mom and I have been splitting up cooking duties. I haven’t had the time to experiment too much, but here is a round up of my favorite fast causal style meals that I’ve been making lately.

Mac and Cheese with Ham via Mouth Half Full

This is a family favorite dish, and definitely toddler approved. It’s from my friend Cassie and I’ve linked it on my blog before (it’s just that good!). I think my favorite part is the dijon mustard and the fresh thyme. Sometimes I make this as a side to grilled meats, but it’s certainly hardy enough as a main if you eat giant bowlfuls like we do.

Cold Tea and a recipe for Mini Banana Nut Muffins

I’m in the season of life where I have the best intentions but things very rarely go to plan. I got home from an appointment this morning feeling like a total queen. I got up earlier than my husband and my kid, and showered! I had time to do my makeup and eat breakfast before heading out the door. On time! I did some much needed self-care (dermatology appointment I’d been putting off for ages), and ran two quick errands. I arrive home ten minutes before my promised time.

Rory seemed hungry and a little whiny, so I told him to hop in the high chair for a snack. Homemade banana walnut mini muffins. You heard me, I baked them myself. From scratch. I even used half whole wheat flour (fine, it was one-third). I filled up Rory’s water cup half way so he could practice sipping from it like a big boy, strapped on his bib with the plastic catch-all thingamabob, and let him independently snack away. I had pep in my step, everything was great at ten o’clock.

I asked Nick if he wanted a cup of tea. I thought I had enough time to make us some and I’d drink it leisurely while my kid snacked on a wholesome treat. I filled up the electric kettle and went to back to the table to stare fondly at my kiddo. When I got to the table it was just in time to see him stuff the entire mini muffin into his mouth. He said, “Mama,” and gesticulated wildly. We are still working on the signs for “more” and “all done.” I’m pretty sure he was demanding more muffin. So much for getting to sit and drink my tea and have a muffin with him.

I got up and poured water over the bags to steep and grabbed the bowl of grapes from the fridge and started doling them out two at a time in the hopes of getting the hungry little hippo before me to slow down. No such luck. He signed “more” repeatedly until he had stashes of grapes in the hollows of his cheeks. I fixed the tea and brought a mug to Nick who was working at his desk just a foot away from the snacking monster. I went to grab mine next, but in the moment I had my back turned Rory poured the contents of his water cup on his tray and was splashing away like it was bath time.

I’ve personally deforested an entire rain forest with my paper towel usage yesterday during The Great Cat Vomit Explosion, so I selected a kitchen towel and sopped up the mess. I thought Rory was done so I took off his bib, only to have him flail about and threaten to topple the high chair. More, he signed. So I gave him ten more grapes. I signed, all done, to which he replied, “Mama,” and threw up his hands.

I took the sticky little toddler to get dressed at 10:25, where a war ensued over his comb (he wouldn’t let it go to undress or get dressed), his toothbrush (he thinks he know how to brush his teeth, but the mess between them says otherwise), and his itchy eczema (he wants to scratch until he bleeds and I want to put topical ointment on it). Finally, I wrestled him down for a nap.

At 10:45 I found my tea right where I had left it. It was lukewarm. I updated my Instagram with a post I wrote over the weekend. I cleared off a spot to work at my desk. I typed as quickly as the story would come out. It’s 11:10 now and my tea is cold and I still have not eaten my muffin. 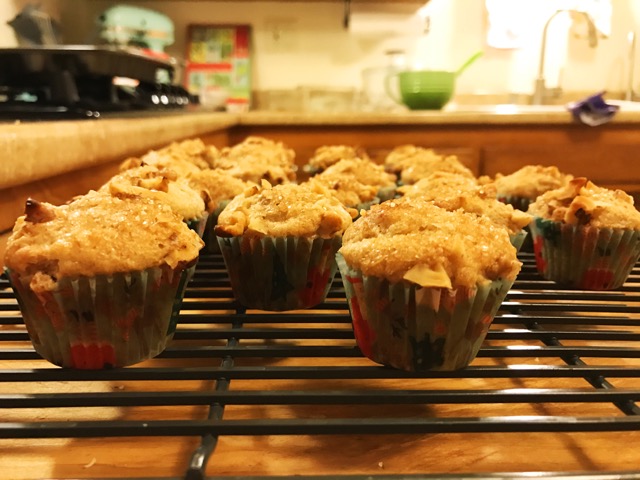 A New Take on Porcupine Meatballs and Mashed Potatoes

I’ve really missed cooking these last several weeks while our house has been on the market. I still keep up my weekly meal planning, but the cooking we do is very simple, requires no recipes, and is often done in batches to reduce the amount of cleaning we have to do. The kind of cooking I miss is cooking from recipes with specific ingredients and measurements, but also the kind of cooking that is completely improvisational. I miss cooking on the fly—looking in my refrigerator and coming up with something that may or may not work out. I did both kinds of cooking a lot before my son was born.

Meal time back then could be a risk, an adventure of sorts, because the stakes were low. If something didn’t work out or I didn’t love a new recipe, oh well. Sometimes we didn’t even finish our leftovers. (Shh, don’t tell!) But now meal time is serious business. I want to get in and out of the kitchen quickly, I want a high yield, but I also want to not get so sick of leftovers that I feel the need to order a pizza. That’s asking a lot of myself as a cook, if I’m being really honest.

But I’ve been in a rut lately. We’ve subsisted on leftovers plus a rotisserie chicken all week. Yesterday I just felt tired and unmotivated. I had a pack of ground turkey and no ideas about how I could cook it that would make me excited to eat it. The menu plan called for turkey chili, but I also leaned towards turkey burgers since I had a handful of frozen buns. My mind kept wandering to a craving for meatballs, porcupine meatballs made with Rice-a-Roni, to be exact. I told myself all the reasons this was a bad idea: it’s not a quick meal to cook, I didn’t even have Rice-a-Roni, and the recipe makes a mess (or rather I do when I cook it).

I decided to go for it anyway and just make it up as I went along.

I need to think of a better name for these posts. I’m digging doing “themed” posts. I think this works better for me since I don’t have anything too exciting to report. Last week I included some links about how to be a good guest/how to host, and this week I’m going to share some brunch links! I love brunch so much. It’s probably my favorite meal to host for friends. 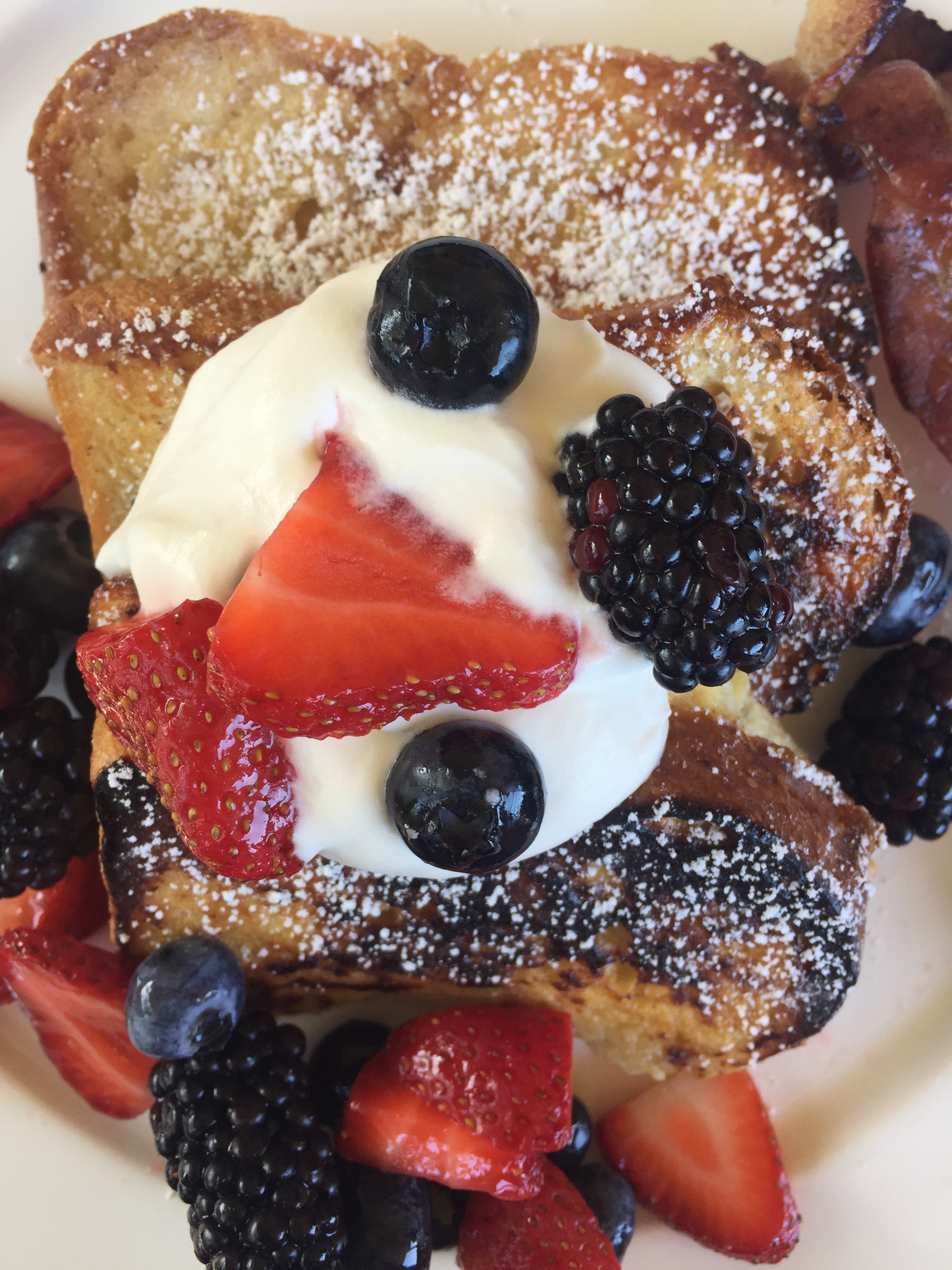 Summer is in full swing. We’ve had a first slew of really hot days, and I’ve pretty much just been a melty pile of goo. Today I decided to forgo an afternoon walk and went in the morning instead. Afterward I took a bath! A BATH. WHAT? I am not generally a bath person, but I have three or four Lush bath bombs sitting in my cabinet and I decided what the hell. So I had a tepid soak with a Blackberry bath bomb. It was so pretty!

Well, Friday came and went, and I didn’t get a chance to do my weekly write up. This week I hosted family and family friends who came for an extended visit. I have a hard time balancing writing with family commitments, but then, who doesn’t? Here it is a day late.

My Week in Review, July 8

I sometimes question myself for starting a lifestyle blog when there are so many big issues going on in the world right now. I made a career out of helping students find their path, and while I didn’t give it up lightly, being a stay at home mom makes me wonder at the end of each week if I could be doing more. I struggle to feel like I’m enough. I think we all do.

I am a feminist and I support social justice movements for gender, sexual, racial, ethnic and class equality. While I don’t write about these subjects, I have to believe that what I am writing about is worthwhile. Self-care, living well within your means, feeding and clothing yourself and your family, managing your time and your home, creating and appreciating art and culture, and dreaming big is universal. I’m going to keep working on this blog, reaching out, and connecting. Writing and sharing is what keeps us connected to the world, it’s what helps us make sense of it.

Some of the following include Amazon affiliate links, which means that if you click on one of the product links and make a purchase, I’ll receive a percentage of that sale at no cost to you. All thoughts and opinions are my own. For a full disclosure statement see my About page.

I know I’ve talked about self-care before, but I’d just like to suggest taking yourself out to lunch with a friend and giving yourself a pedicure with a classic red nail polish (I chose Come to Bed Red by Butter London). I feel like a million bucks in comparison to how I started out this week. Read a chapter in your current book, paint your nails, take a walk alone to clear your head. Do one thing for yourself, and yourself only, as my friend Maggie says. Ignore the dishes and the laundry, chores can wait.